Quinoa - Mother of all grains

I'm going to start this post by confessing that I spend quite a bit of time on Facebook, Hotmail, and Pinterest. All have imparted a wealth of information - much of which I have followed up by utilizing search engines to validate or expand upon. Today it was a recipe on Pinterest that led to blog post that led to, well, the topic of today's post.

Quinoa (pronounced keen-wa) is a pseudocereal or grain like plant from the Andes in South America where it was successfully domesticated 3,000 to 4,000 years ago. It’s not in the same family as the more traditional grasses we grow for grains (like wheat, oats or barley), but it is considered a grain nonetheless. Its nutritious seeds are high in protein, which in this case make a “complete” protein, a rarity in the plant world, and so quinoa is a  popular food among vegans and vegetarians.


The Backyard Gardening Blog states, ". . . unlike the grassy grains, quinoa will bloom with gorgeous flowers before going to seed. The flowers are usually deep red or purple, and look like a large spike of tiny clusters of flowers at the top of the stalk. Quinoa is an annual that prefers cooler weather, and is well-suited for more northern growing. Your summers should not get hotter than 90F or your plants will suffer. Your harvest of seeds can be used like many other grains, typically cooked and used alone as a rice-like side dish or incorporated into any number of recipes." 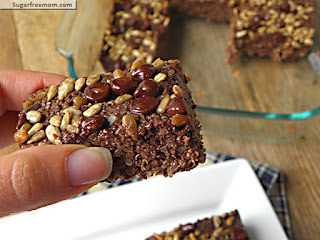 So, it would seem to me that as a gardener quinoa would make a wonderful addition to my garden space.  As an ornamental in my landscape it would be a welcomed addition. The leaves, when young, can be harvested and used in salads. Should I choose to make larger plantings, a bountiful harvest of its nutritious seeds would be useful in my winter or long term food storage.

(Update 1-17-13 - I just read an article which stated, "global demand means less quinoa is being eaten in Bolivia and Peru, the countries of origin, as the price has tripled. There are concerns this could cause malnutrition as producers, who have long relied on the superfood to supplement their meager diets, would rather sell their entire crop than eat it. The rocketing international price is also creating land disputes." This makes it even more important to establish this crop closer to home - like, if possible, in our own backyards!)

But, back to the original recipe that started this post! Over at Sugarfreemom, Brenda is a health conscious mom who tries her best to eat foods as natural as possible. Her sugar substitutes of choice are sucanat, raw, unfiltered honey, and stevia. You will not find any recipes that include using white refined flour or sugar, brown sugar, agave nectar, Splenda or other artificial sweeteners. What you will find is an awesome recipe for:

So link to Brenda for her quinoa recipe and Chris to learn more about growing it! Me? I'm going to check my email! :-)
Labels: Andes glutenfree grain like plant growing quinoa pseudocereal quinoa quinoa recipe sugarfree 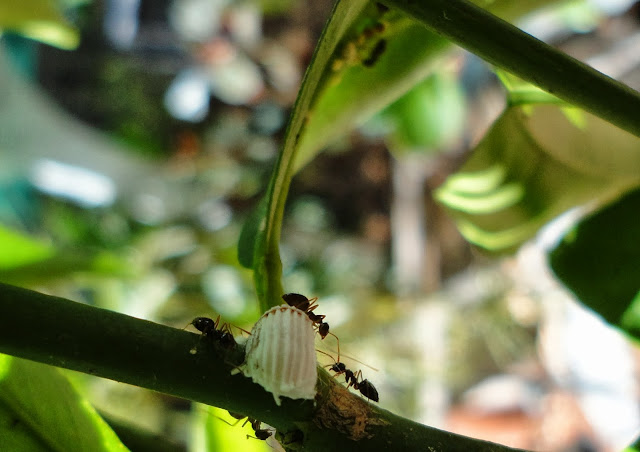